A bill introduced in the U.S. House of Representatives would amend U.S. labor law to establish a new classification for gig workers, denying them the right to a minimum wage and other employment protections.

The “Worker Flexibility and Choice Act,” or HR 8442, would change the Fair Labor Standards Act so that “employee” does not include a person who has entered into a worker-flexibility agreement, such as workers for gig companies like Uber Technologies Inc.
UBER,
,
DoorDash Inc.
DASH,
,
Lyft Inc.
LYFT,

The bill, introduced by Rep. Henry Cuellar, D-Texas, and co-sponsored by Reps. Elise Stefanik, R-N.Y., and Michelle Steel, R-Calif., calls for workers subject to worker-flexibility agreements to have some rights guaranteed to employees, such as those related to privacy, nondiscrimination, nonharassment, nonretaliation and safety, plus time off under the Family and Medical Leave Act. It does not call for wage and hour protections to which employees are entitled — including rules on minimum wage and overtime — and would supersede all federal, state and local laws on wages for workers in a worker-flexibility agreement.

“The bipartisan Worker Flexibility and Choice Act is important to ensure that our gig economy has the room and resources to expand,” Cuellar said in a news release.

Uber, DoorDash, Lyft and other companies have been fighting to establish a new employment category that offers gig workers some protections without classifying them as employees, which would effectively cement their business models into law, as they deal with continuing legal and regulatory issues related to their treatment of their millions of ride-hailing and delivery workers as independent contractors. In California, the companies spent more than $200 million to pass a 2020 ballot measure that would exempt app-based gig work from state labor laws, though the measure has since been ruled unconstitutional in state court.

See: Uber and Lyft get their first legislative win in campaign to write new labor laws

“This federal bill would effectively get rid of the minimum wage and overtime compensation in one swoop,” said Veena Dubal, a professor at UC Hastings College of the Law who studies the gig economy. “The idea is that in exchange, a worker would get ‘flexibility’ associated with gig work. But this is a false dichotomy. Workers should have time flexibility and a wage floor.  And they can — under an employment model.”

Mark Spring, a partner at CDF Labor Law LLP who represents management in union-management dealings, said he thinks the legislation is a “good starting point” toward a middle ground in the continuing worker-classification battle. But Spring said he doubts the legislation will pass if labor groups oppose it.

“Given the [majority Democratic] makeup of Congress and the position President [Joe] Biden has with respect to unions, it would make it difficult to get it through Congress and signed by Biden,” he said. Last year, Biden signed an executive order to create a White House task force to promote labor organizing.

Don’t miss: ‘I don’t know how I fell for this’ — How scammers target vulnerable gig workers, and why it may never end

Labor unions and labor-law experts decried the newly introduced bill as anti-worker and warned against an expansion of the gig-economy business model to other industries.

Another union, the Transport Workers Union of America, called the legislation dishonest.

“Claiming this bill provides anyone other than the bosses any benefit is a boldfaced lie,” said John Samuelsen, international president of the TWU, in a statement.

See: The app-based economy could see key changes in 2022

In the summary of the bill, Cuellar and his co-authors cite industry-backed studies that show most workers are “happier” working independently. The studies were conducted by MBO Partners, a company that provides consulting and other services for independent workers and their clients, and the Coalition for Workforce Innovation, a lobbying group whose members include Uber, Lyft, staffing company Kelly Services Inc.
KELYA,
,
the American Staffing Association and industry groups that represent trucking, construction, multilevel marketing and more.

“The gig companies have been quite successful in convincing most of the American and western countries’ public that flexibility can only be an alternative to employee status,” said William Gould, professor emeritus at Stanford Law School, former chairman of the National Labor Relations Board and author of “For Labor to Build Upon: Wars, Depression and Pandemic.”

“This would particularly impact people of color… who have [for various reasons] fewer work opportunities,” said Laura Padin, director of work structures for the National Employment Law Project. She said those opportunities are often in low-wage jobs that are often misclassified.

“Any member of Congress who supports this bill is not for working people,” Padin added. 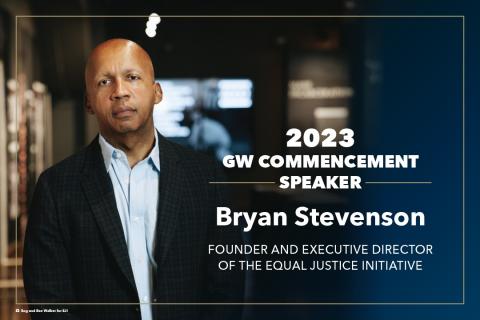